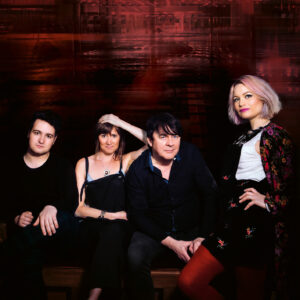 Ranagri appear with Honey We Three and Bryony Griffith & Alice Jones as part of the Saturday night Festival Club. Tickets for this event are limited and only available to purchase when purchasing a ticket to another Saturday Manchester Folk Festival event.

Ranagri toured their latest album “Playing For Luck’, taking in tours with Justin Currie (of Del Amitri) at Islington Assembly Halls, Perth Concert Hall, Holmfirth Picturedrome and Cambridge Junction, followed by headline tours of Scotland and Germany. In early 2020 they collaborated with The Omagh Community Youth Choir for a sensational celebration at The Bunting Festival in Belfast, followed by a short tour in Ireland.

With many cancellations throughout 2020, Ranagri are looking forward to returning to Germany, Scotland and Ireland in 2021 and fulfilling their Main Stage engagements at many wonderful festivals including Towersey, Filey (headlining), Beardy, Wimborne Minster and more. Currently embracing Lockdown, they are in the midst of recording their next ‘Tradition’ album, with a new download to be released every month.