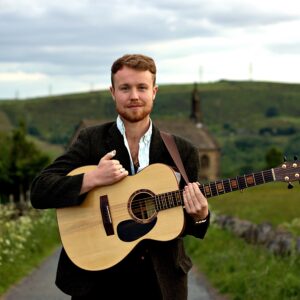 Jack has a well-earned reputation for his solo work, as well as being highly sought after as a musical collaborator (Seth Lakeman, Sam Sweeney, The Young 'Uns and Jackie Oates) and having played in the celebrated instrumental trio Moore Moss Rutter.

Jack's latest solo album Gold of Scar & Shale features unearthed gems from the folk canon with his masterful playing and arrangements on guitar, bouzouki, duet concertina and harmonium providing the perfect accompaniment for his soaring vocals.